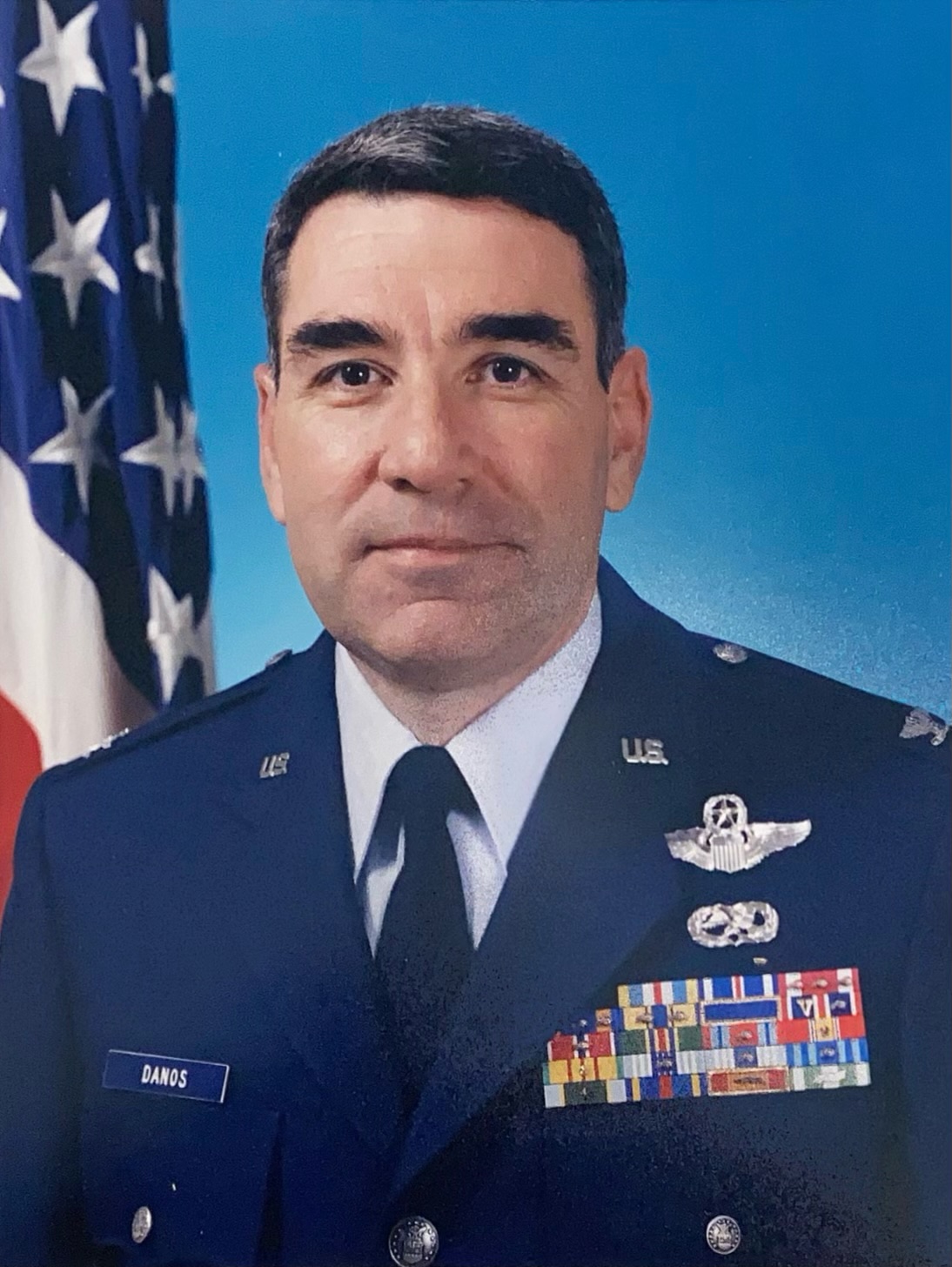 Leadership has many attributes associated with it, such as perseverance, vision, inspiration, motivation, and service, to name a few. A leader is there to serve, and my uncle Dean was a great leader who served his country. Retired Colonel Dean Danos passed away on January 27, 2022, after a valiant and brave battle with pancreatic cancer. He served in the Vietnam war, where he flew over 300 combat missions in the AC-47 Gunship, known as Spooky.

After serving in Vietnam, he was stationed in the Panama Canal Zone. He flew A-37s to support the Peruvian Earthquake Relief Effort and assumed command of Joint Command Post personnel. After that assignment, he was stationed at Craig Air Force Base in Selma, AL as a T-38 instructor pilot and flight commander. His next assignment was in Nellis AFB in Las Vegas, where he was assigned to the Aggressors, a squadron that flew McDonnell F-15 Eagle fighter jets. His next assignment was in Vicenza, Italy, where he brought Penny and his four children – Stephanie, John, Athena, and Katherine. Uncle Dean led the 5th ATAF’s crisis action support during this tour in support of Desert Shield/Storm. Uncle Dean was pinned a Colonel on December 1, 1989. Uncle Dean and the family returned to the U.S. in August 1991 to Randolph Airforce Base in San Antonio. Dean held several roles at Randolph, including base commander, before retiring in 1997.

When I published my first book in 2015, Improv is No Joke: Using Improvisation to Create Positive Results in Leadership and Life, I sent him a copy. He read it and enjoyed it. However, he felt that I left out one chapter in the book that should be there: a chapter on Ethics. His comment got us discussing the ethics issue, particularly the responsibility of educating and training our workforce. Uncle Dean believed that it was the employer’s responsibility to train the employees, no matter how long they stayed, because they needed the knowledge to be better stewards of their communities and country.

During his retirement from the Air Force, Uncle Dean did become an executive director for a non-profit association for a few years. While playing golf with him at Randolph Air Force Base, it was the first time that I looked at him without any intimidation and saw him as the person he was – a loving man to his family, country, and God.

I would be remiss if I didn’t say that he was an outstanding public speaker who commanded and engaged an audience. We did talk a lot about the speaking business, and I did share some of my speaking videos with him, and he provided excellent feedback.

I WAS DEVASTED when I received the news that he was diagnosed with pancreatic cancer.

He was a man that meant a lot to me and my life. Uncle Dean was a great leader, and may his memory be eternal