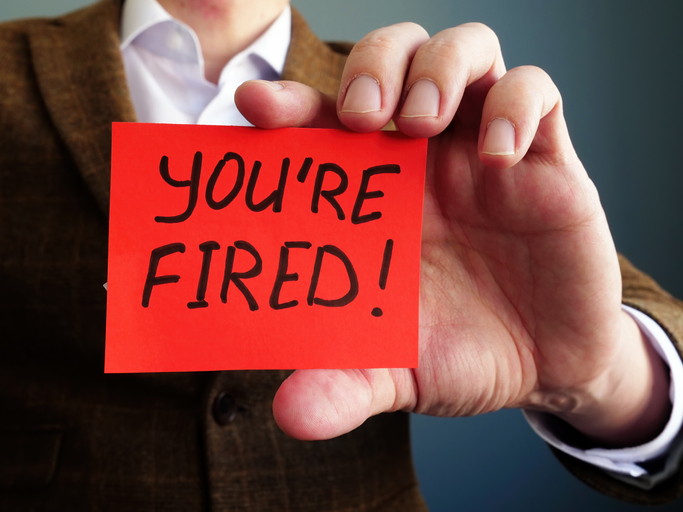 Yes, 900 employees were fired on a Zoom call, according to the Inc.com article. Frankly, this is a horrible example of leadership.

The CEO of Better.com, Vishal Garg, had told 900 employees to join him in a Zoom meeting. Once everyone was there, Mr. Garg told them that they no longer had jobs at the company. Better.com is an online mortgage company, and the reason for the reduction of its workforce is that the company is going public. So Mr. Garg wanted to create a leaner, meaner, hungrier workforce. And after this firing of 900 employees, he told some of the remaining employees that he did those employees because some were stealing from the company by only working two hours a day.

Now, you can imagine that when the article went public, Mr. Garg received a lot of negative criticism. The CEO tried to apologize, kind of sort of, but several of his company’s executives resigned. His head of communications and head of marketing said, “this is crazy. This is nuts. I’m out of here.” Hopefully, the CEO’s actions are not a form of leadership. It is because he has the authority to fire them. The Board of Directors put the CEO “double-secret probation” and said that Mr. Garg was taking time off effective immediately and the CFO would be in charge of the day-to-day operations.

This was not the first time that Mr. Garg displayed terrible leadership. Last year, Forbes magazine received an email from Better.com employees that was sent by Mr. Garg that said, “You are too damn slow. You’re a bunch of dumb dolphins, and dumb dolphins get caught in nets and eaten by sharks. So stop it. Stop it. Stop it. Right now. You are embarrassing me.” In addition, Mr. Garg had “threatened to set a former business partner on fire, and engaged in hostile exchanges with investors, calling one “sewage” and demanding he divest from the company.”

It’s the company’s culture that you have to work on first and foremost. Better.com has hired an outside firm that’ll come in and do an assessment to find ways to help improve the culture. But the bigger picture is this is privately held right now. Trying to go public. The issue is the leader, the CEO. And you can try to improve the culture, but the only way to do that, in this case, is to fire the CEO and find somebody else to come in and revamp that culture. Because if you don’t fire the CEO, you could hire him an executive coach. You could…It doesn’t sound like he would ever listen. And I’m making an assumption, I know, but he has a history. And that’s just wasted a lot of time and money.

And it was interesting because today, I sat in a Zoom call with a group of people from the C-Suite Thought Leadership Council about leadership. What makes a leader? It came down to just the opposite of what this CEO is doing. A leader is there to inspire those who are employed at the company. How do you inspire hundreds to thousands of people? You can’t interact with all of them individually. However, you can inspire by the tone of your voice. In other words, you can inspire by your attitude.

If you’re in a toxic environment, if you question or make comments, and all you are is ridiculed, you’re going to keep your job and silence yourself or find another job. Intimidation is not a form of leadership. And for those of you who remember Theranos, the Elizabeth Holmes company, that was a sham. Her second in command, Sunny Balwani, had the same leadership style. Berating his employees. Shouting at them. I don’t know about you, but if that happens to me, what tells me two things 1) I need to find another job or walk out immediately and 2) a lot of times when you have that CEOs who have this anger, they’re hiding something, and maybe that’s what ultimately this is. There might be some internal shenanigans going on.

I will admit there is a side of me that wants to send Mr. Garg a copy of my book “Off Script: Mastering the Art of Business Improv. However, I’m not going to waste time, money, or energy because his ego is too overblown. He would write a berating type of review on Amazon, which I don’t care about, but why give him that space? Why give them that voice?

We’re in the people business first and foremost. Now, some of the 900 may have been, lack of a better term, deadweight. They may not be producing as they should be producing. Yes. Fire them with dignity and respect. If you want to be leaner, meaner, workforce, there are other ways. He could have contacted a recruiting company and said, “I need to obtain your services because I have to downsize my organization by 900 people. I’m going to need help getting the jobs for those I have to let go, and the company will pay for them to get that help.” At least have some empathy for those 900 people during the holiday season.

This story of letting people go during the holiday season is heard far too often. I might be naive, but I truly believe that this type of leadership needs to go away and be replaced with something of some type of leadership that has compassion. That looks at their people, those who are productive as an integral part of the organization, and show them respect. When you show respect to your employees, that sets you apart from many other leaders who look at their employees as just a number and something that is easily replaced.

Honestly, employees are not easily replaced. Leaders will even make that statement and still treat their employees like sh*t. The pandemic has proven that we can be working from home and be productive. So, why are some leaders demanding that their people come back to the office and stop working virtually? In my opinion, the leader’s overdeveloped ego is making that decision because, in their minds, they don’t trust their employees. The consequence of that decision is what has been deemed The Great Resignation. What happens when you listen to those in your organization and provide them flexibility? They might stay with your company and not start running out the front door in masses.

Times have changed, and I know this won’t be the last article written about poor leadership. I hope someday there won’t be any at all, and it just goes and goes back to being human. And going back to thinking about a fellow person, being tolerant, and being supportive.