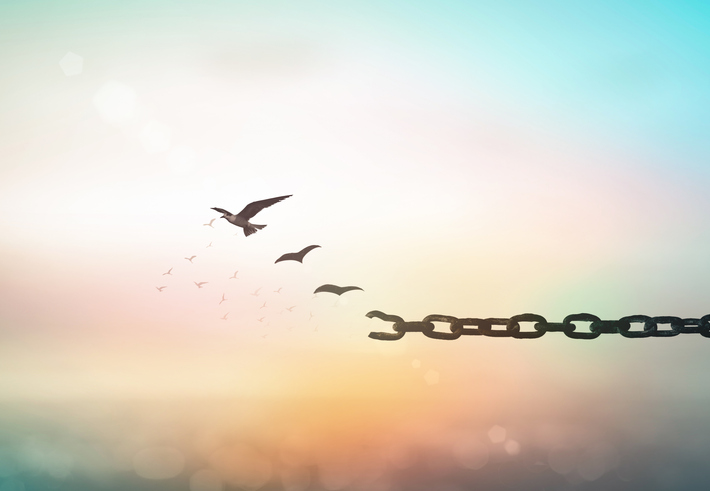 In a recent conversation with a colleague about social justice reform and eliminating racism, I made the comment that racism is something you learn over time through your family, culture, and your environment.  Growing up in Lexington, KY in the 1960s through the early ’80s, I witnessed racism in a variety of ways. However, I never thought of those actions as racist because they were commonplace and part of the family, culture, and environment. The reality, however, and I am sad to say it – is that at one point in my life, I was a racist.

It was in early 1984 when I recognized that my thoughts and attitudes had begun to change.  I was the new general manager of Ken’s Pizza in Griffin, GA.  When I asked people if they knew where Griffin, GA is located, most did not, so I would respond, “somewhere between Atlanta and the Civil War”. The reason for that reference came from an encounter I had with two customers on my first day as a general manager.  It went like this:  after our lunch rush, two little mature ladies called me over to their booth.  I walked over and introduced myself and asked if they like their pizza.  They both said that they enjoyed the pizza. Then one of the ladies looked me in the eye and said, “It is nice to have a white general manager for a change.” I was stunned and said, “excuse me I need to get back to work.”

It was 1997 when I realized that my opinions, attitude, and mindset had totally changed.  The realization came to me during a conversation with my father about the potential hiring of Tubby Smith, African American, to be the new basketball head coach at the University of Kentucky.  My father swore that there would never be a black Head Coach at UK. When I pointed out that Tubby was an assistant coach at UK from 1989 – 1991 he said that being an assistant was okay.  Turns out my dad was wrong. Tubby Smith was hired as the Head Coach at UK in March 1997.  It is a little ironic that my father said that because he told me a story about his Greek stepfather trying to open a second business in Harlan, KY in the ’50s, only for it to be burned to the ground by the KKK because a Greek could only have one business. A perfect example of some self-appointed superior group telling someone else, they are not allowed to do something.

That was also the year I was introduced to improv comedy.  As I began to recognize that improv was more than just being funny – that it is really a leadership philosophy and way of life – my awareness, attitudes and beliefs began to change dramatically. The Improv concept of Yes! And teaches us to suspend our judgment, park our ego, listen to understand, and to be empathetic.

Yes! And, and Improv isn’t about pushing a tired old belief forward just because this is the way it always has been. It isn’t about looking at others as second- or third-class citizens and making decisions based upon stereotypes. It is not about listening and only responding to push your tired and outdated agenda.

Yes! And is just the opposite – with a lot of empathy. Empathy is not putting yourself in someone else’s shoes. Empathy is trying to understand how that person feels in their shoes.

Yes! And, and Improv is about humanity. No matter someone’s race, everyone is a human being, coming from a wide variety of backgrounds & cultures. These people are sons, daughters, fathers, mothers, oxygen breathing, emotional humans. It is about acceptance and moving forward.  It is about trying to understand how the other person feels in their shoes.  When was the last time you tried doing that by suspending your judgment, parking your ego, and truly listening to understand rather than just responding?

Last year, an African American friend of mine and I were talking just before my family’s annual vacation to Sanibel Island, FL in August. Just before we hung up, he said, “Be careful that you don’t get too dark, the police might pull you over.” I can’t imagine getting pulled over just because of the color of my skin, but we see and hear about it all the time. What would I feel like if a police officer pulled me over just because of the color of my skin or that he/she simply could?  Especially when I knew that I had done nothing wrong.

My favorite conference to speak at was the National Association of Black Accountants, and I spoke there for 5 years in a row.  I remember the first time I was there; I was walking the halls with an African American woman who asked me, “Don’t you feel nervous?” I replied, “By what?” She said, “You know, you kind of stand out from almost everyone attending.” I replied, “When I see someone who is a different color than me, I try to see them as who they are – father, husband, wife, mother, son, daughter, who is trying to make the best life for them and their families, just like I am trying to do.

A female colleague shared a story with me about traveling the east coast on business, missing her Amtrak train, and having to walk into a small town in Connecticut in a notably ‘bad’ area.  As she was leaving the train platform, she saw a group of young black men heading toward the platform – and her – through an empty parking lot. She admittedly had a moment. A moment of fear based on familial and cultural conditioning.  And then she stopped.  Changed her thought – that moment – to one of gratitude, and instead of being afraid, she walked up to the young men, dropped her bags and thanked them for coming to her rescue.  They gathered round her and helped her find a place to stay for the night – exactly what they had intended when they first saw her.

Being silent and not enacting positive change is not the way to create change, especially in difficult times like these. There are too many leaders who think they are leaders when they are not.  As I heard Simon Sinek say during an interview, “Leadership has nothing to do with your title. Leadership is the positive effect you have on another person.”

To enact positive change in the elimination of social injustice and racism, white people need to quit talking and start listening. We need to hear the conversation for what it is, not what we want it to be. We need to take an improvisor’s mindset to search for a solution versus creating a bigger divide for our own self interests. I have heard many of an improvisor say, “if everyone would just take one improv course, this world would be a better place.”

This is an example of Leadership in Hyperdrive: Powered by Improv™. If you would like to learn more about how improv is a powerful leadership philosophy, please contact me at peter@petermargaritis.com.