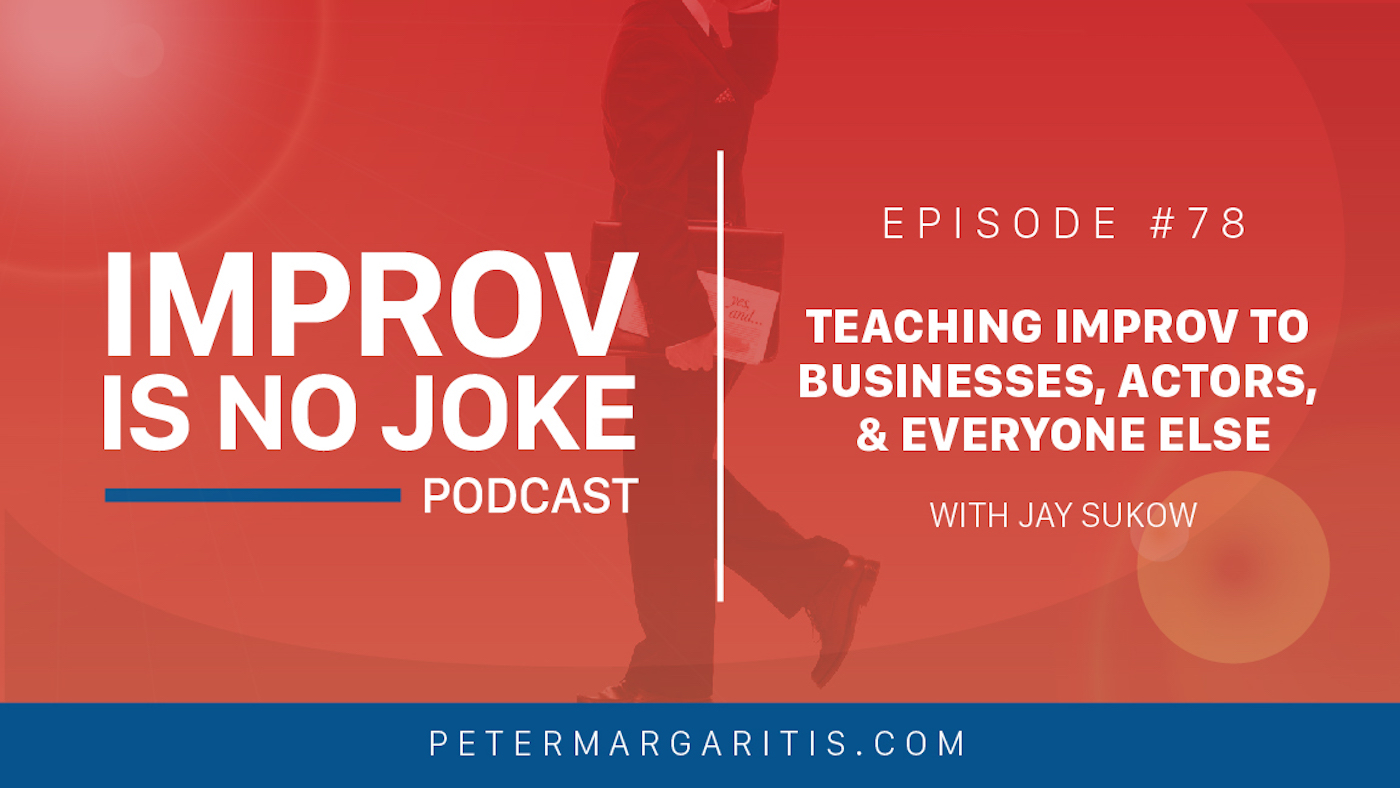 Jay Sukow believes that the world would be a better place if everyone took just one improv class – and I agree! Jay is trying to make that world a reality as the Founder of Today Improv, where he teaches improv to actors, businesses, and everyone else all over the world.

Jay is also on faculty at M.i.’s Westside Comedy Theater and The Second City Hollywood, and co-host of the ImprovCast with Jay and Landon.

In the 80’s and 90’s, there wasn’t a lot of understanding about what improv was. However, after years of people like Jay working with the public and businesses, people are starting to accept and understand why improv is so beneficial in both business and life.

“Be the improviser that you want to play with; be the person in your business who you want to work with.”

When Jay and his ensemble go to work with a business, they don’t claim to be business experts – but they are experts in communication, working together, being part of an ensemble, focusing on the team first, and using information.

His goal is to get others to implement those skills within their business, or their lives, and make it a habit. And one of the most valuable skills and habits that you might learn in one of these Improv classes is Yes, And.

Often times, we are struggling because we aren’t accepting something or making excuses. When we use Yes, And, we aren’t trying to find a quick way out of a problem or an acceptable way to make an excuse. We are saying before I shoot this idea down, how could it work?

“You have to accept failure. Your failure is going to help us succeed in the long run, but we’re so focused on immediate results that we don’t allow ourselves that space.”