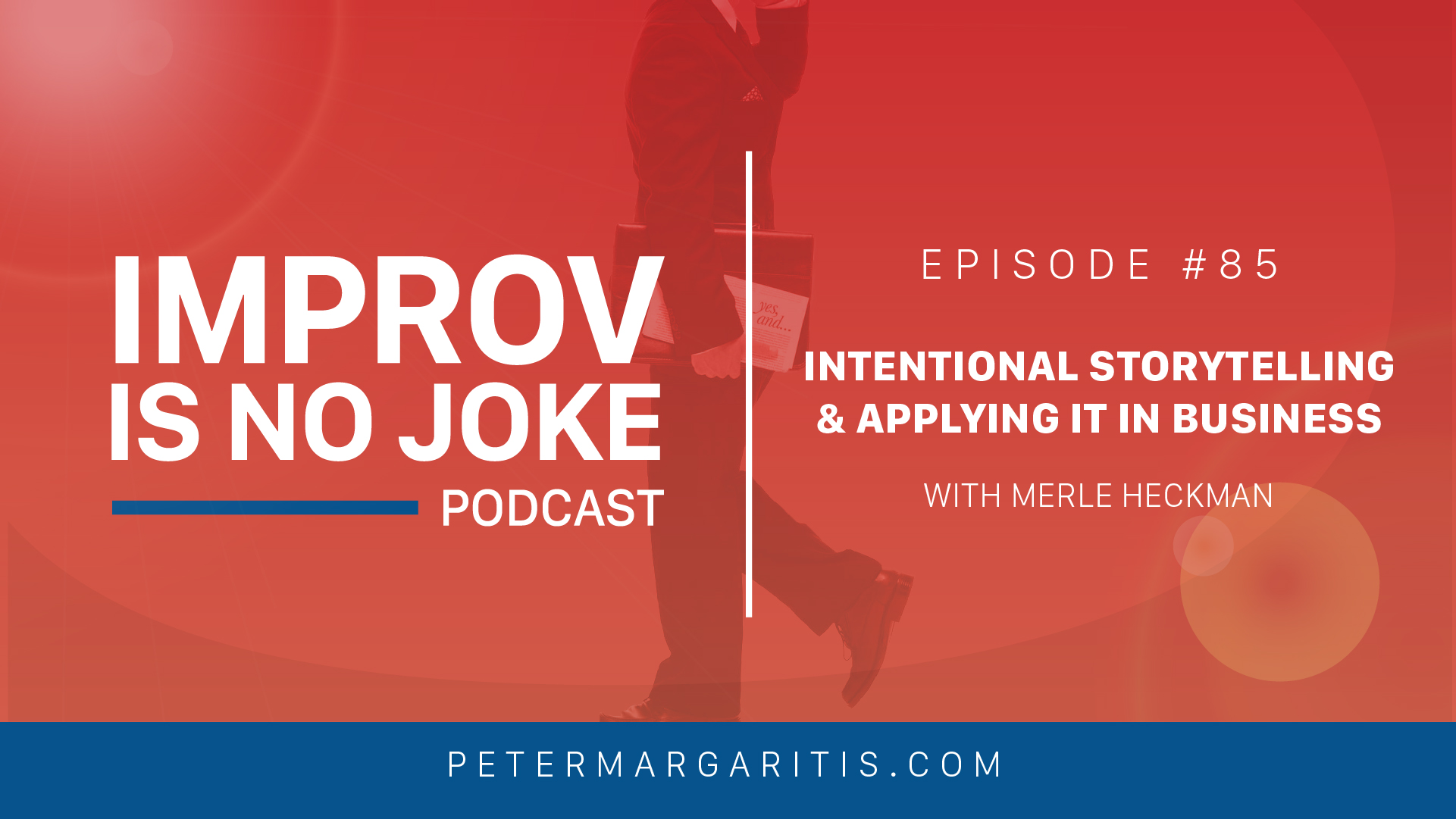 Today’s guest, Merle Heckman, truly understands the power of storytelling – and why it is needed in all aspects of business today.

Merle wanted to know how individuals within his organization could give better presentations, so that the people listening could better retain and use the information being presented.

So, for his doctoral degree in Educational Leadership, he performed a study and wrote a dissertation titled, “Intentional Storytelling: A Potential Tool for Retention and Application in Business.”

The research was fairly simple:

And the results are astonishing:

“In the business context, the story teaches. We learn how to do things … The story resonates with us in such a way that it really reaches in and it really appeals to us.” Stories give presenters the opportunity to put specialized knowledge into a context that everybody can understand.

And if the term story seems daunting, Merle sometimes uses the term “homespun illustration.” The important thing is that we’re not talking about making things up; We’re talking about taking real-life events and real-life situations so that you can draw similarities (or create analogies) to the truth that you’re trying to give, and reinforce it.

So what type of stories should a presenter tell?

Don’t make any mistake: Teaching with storytelling isn’t easy – but it is incredibly effective.

In a world with so much information, in a world where everybody has a screen captivating their attention, the story will distinguish you as being different.

So put in the work to craft a good story – and, more importantly, practice so that you can effectively deliver that story; “Greatness is not in the performance. Greatness is in the preparation.”